The undergraduate students of our college won several awards, including the Grand Prize, in the Global Creative Engineering Design Competition (CEDC2021) held on December 17-19, 2021. The CEDC is an international competition, where undergraduate students from eight universities in Korea, China, and Japan annually present their capstone design works. This year, 179 students presented their capstone design works from Chungbuk National Univesity (Korea), Jiangsu University (China), Yamaguchi University (Japan), and other five universities. In addition, 16 professors from various universities volunteered to manage the competition and judge the presented works.

The Grand Prize of CEDC2021 was awarded to the '3RC' team of our college for the capstone design work titled 'AI Robots for the Disabled.' The team contains two members from the School of Information and Communication Engineering, Jung-Hyun Park and Ji-Hoon Oh, and one member from the Department of Computer Science, Yun-Hui Kim. Our college congratulates the team on an outstanding achievement. 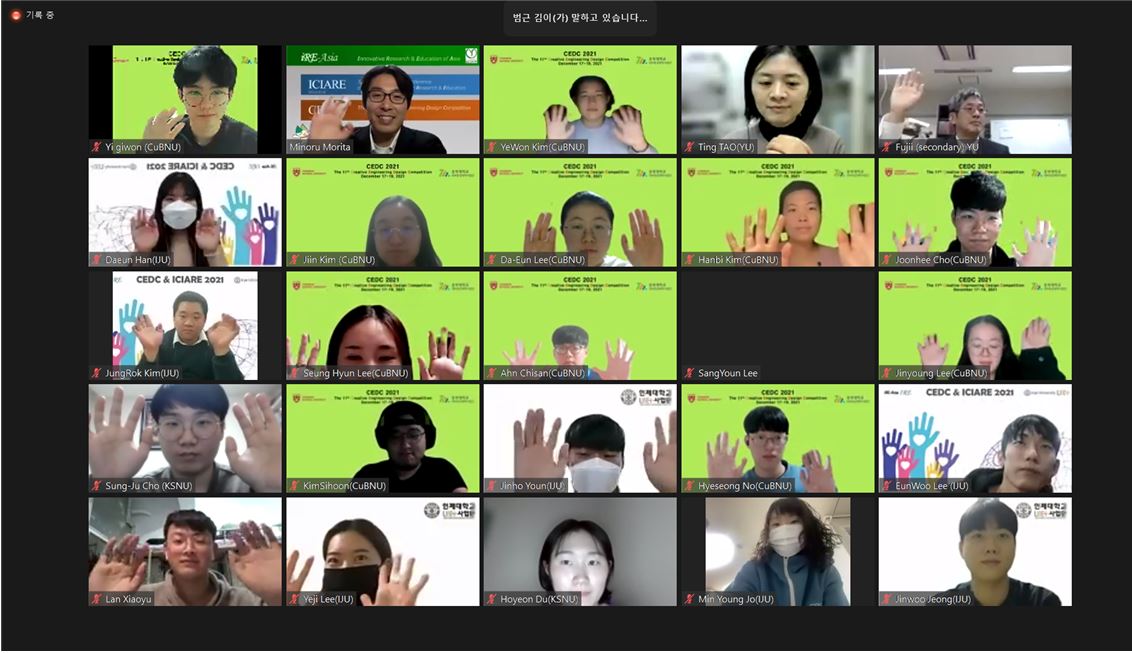 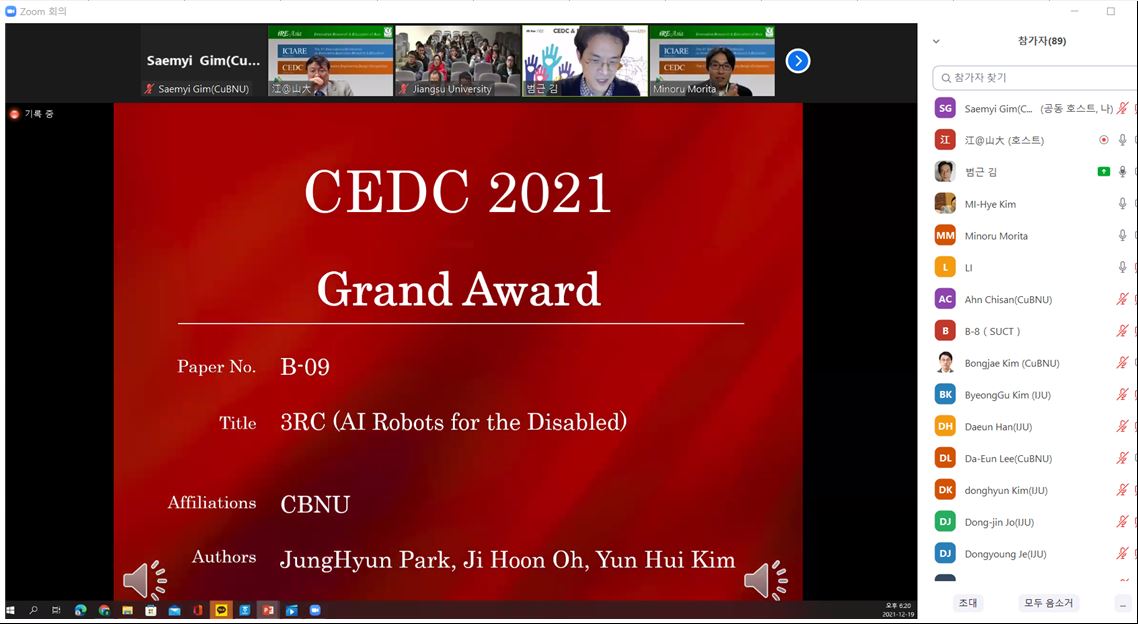 NFT Utilization in Metaverse Contest was held by National Pro... 2022.01.04by 관리자 Renewal of the College Homepages Next

Renewal of the College Homepages 2021.12.19by 관리자
Up Down Go comment Print Attachment