Professor Ho-Yong Choi, the donation of KRW 30M to the University

Professor Ho-Yong Choi from the School of Electronics Engineering donated KRW 30M to our university (KRW 20M to the School of Electronics Engineering and KRW 10M to the university library) last December. Professor Ho-Yong Choi has contributed significantly to the prosperity of our college ever since he was appointed as a professor in September of 1996. In particular, he served as the Dean of the college from the school year of 2012 to 2013. Professor Ho-Yong Choi also organized and managed several industry-supported education tracks, including Magnachip, SK-Hynix, LX Semicon, ABOV semiconductor, and Nepes. He directed the Career Development Center of our college for several years to support the students to get better jobs. In recognition of his contributions to our university and college, we held a ceremony on January 19, where Professor Ho-Yong Choi was presented with a Plaque of Appreciation. 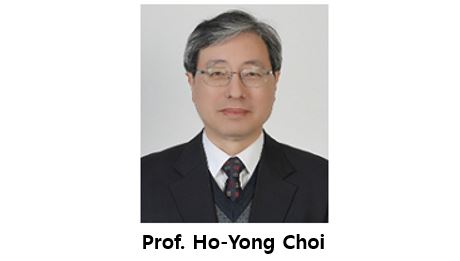 Video Introduction to the College, on YouTube 2022.02.02by 관리자 ECE Newsletter December 2021 Issue, Published Next